* In case of any delay in receiving the OTP, you may verify it later. Please proceed without verification.

Enter your City name or Pincode

Noamundi town is located in Pashchimi Singhbhum district of Jharkhand. The town is famous for iron ore which is found here in abundance. Tata Steel Ltd holds lease over a large area where the iron ores are found. Most of the people staying in this town are employees of the company. Apart from Tata Steel, many private mine owners have also established there companies here. The iron ores after processing are exported to Japan and China amongst the countries. The main occupation of the people in Noamundi is mining. 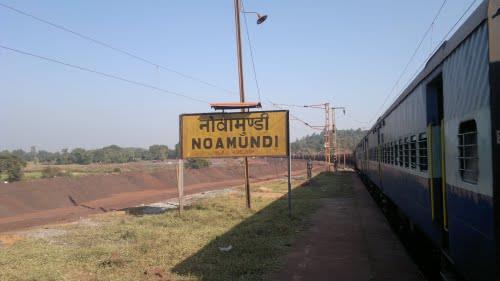 The location of the city Noamundi is at 22.15°N 85.53°E and it is situated at an elevation of 1597 feet (487 meters). It is located in the state of Jharkhand under the district of Paschimi Singhbhum. The region of Noamundi is highly resourceful. Apart from the fact that it is situated in Saranda forest which is considered as the most dense deciduous forest in the whole of Asia, the region is also quite rich in iron ore and multinational companies of India such as Tata Steel have set up a township in this region to use such resources for better purpose. Noamundi being the border to states such as Jharkhand and Orissa, the population of this city is seen to be the mixture of both the states.

Noamundi, once a great place to spend some time amidst nature has lost much of its natural beauty. The industrialization has stolen the natural beauty of the place to a large extent. However, it is still a great place to go if you want to stay in hibernation for few days away from the hustle and bustle of city life. Saranda forests is a famous forest nearby which can be visited to get a view of different varieties of plants and animals there. People from different parts of the country visit the forest. There are many scenic villages nearby which can also be visited to get a glimpse of the village life which is mostly inhabited by the Ho tribe. There are hotels in this town to cater to the needs of the visitor who are on a visit to the city. Here is a list of hotels that can be approached when visiting Noamundi.

These hotels provide you with the basic facilities such as clean rooms, running water, telephone facility, TV in all rooms, laundry facility, parking facility, doctor on call, room service and much more. They even have tie ups with travel agencies who can show you the town around and also make you visit the nearby attractions for a certain some of money. Though not having much tourist attraction, Noamundi is a very important place from the point of view of industrialization as it has large reservoir of iron ores stored in it.

Being a mining region there is always threat if any mishap without warning. Thankfully there is presence of basic services in the towm which plays an important role in saving the life of the people.
Some many a times minor or major incidents do happens but not to large extent. Skilled people having experience and training in disaster management help those who have been affected 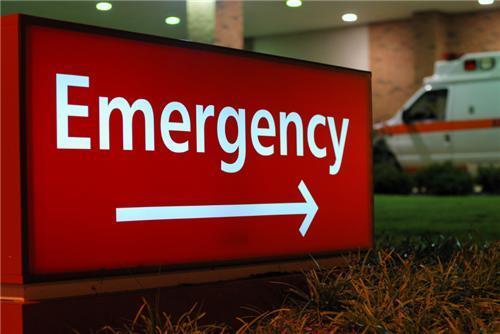 Often blood is required to be given externally to those patients whose blood level may have dropped significantly due to any disease or any accident causing loss of blood. This is when blood banks can be approached for getting blood of the same blood group and giving it to the patients. Like most of the cities, blood bank in Noamundi play an active role in setting up camps in various areas to collect blood, process them and keep under hygienic conditions for use of the patients. The address of the blood bank in Noamundi is given below:

The transportation system in the city of Noamundi is well developed as it enjoy connectivity via roadways and railways to other parts of Jharkhand. Further local means of transportation is well upto the mark. Noamundi has a railway station of its own. Several trains can be seen halting here for a brief period. The station code of this city is NOMD. Other railway stations which can also be availed to reach the city are Padapahar Jn. Rail Way Station, Deojhar Rail Way Station, Bara Jamda Rail Way Station which are located at a distance of, 5, 9 and 10 Km respectively. The major railway station near to Noamundi is Raurkela Railway Station which is at a distance of 73 km from the city. From here trains to all major cities in India can be availed. The nearest airport which can be availed is Ranchi airport which is at a distance of 146 Km from the city. One can book a private cab and reach Noamundi within a short period of time from the airport.There are several buses that ply regularly to help the people reach various destinations within the city. Not only the services of government buses can be availed, the services of private buses can also be taken to reach the different destinations. Private cabs can also be booked for traveling within the city and to nearby places as well. 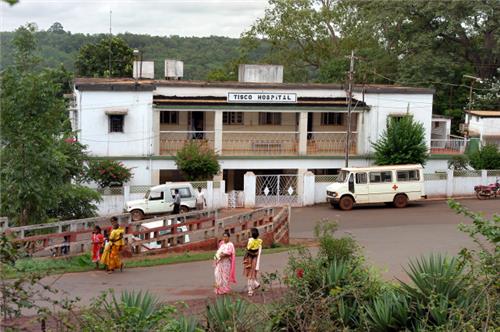 The healthcare system in Noamundi is quite well developed and the Tata's have set up a hospital in this region for the benefit of the people living in the city. The hospital is equipped with all the modern facility that is required for the treatments and has well qualified doctors too. Here are the contact details of the hospital:

Apart from these hospitals there are other private clinics also where patients are treated by qualified doctors. Alternative methods of treatments are also available in the form of homeopathy and allopathy treatments. 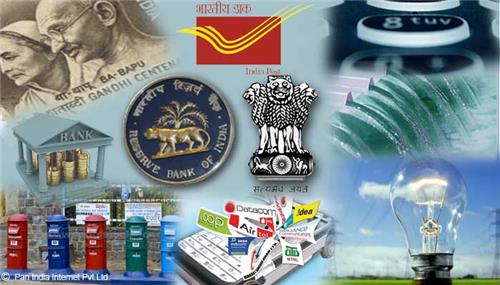 Banks have set up their branches in the city of Noamundi for mobilizing the savings of the people into investments. There are other services also provided by the banks such as locker facility to keep the valuables, giving loans for various purposes and so on. The contact details of the banks which can be approached to take advantage of such facilities offered by them have been mentioned below:


Postal and Courier Services in Noamundi

The postal service in Noamudi does the job of sending and receiving parcels and mails from all over the globe and dispatching it to the recipient timely. Apart from the above, it also provide various saving schemes for those who want to save their hard earned money and get good rate of interests. The below address can be approached for taking the service of post office:

Various private as well as government insurance companies have taken out several plans which aim at insuring the life of people. There are various schemes such as child education, money back policy, medical insurance and the likes from where you can choose one that suits your requirement. The insurance companies even provide loans at rates which are usually slightly lower than the rate provided by banks. The insurance agent in Noamundi can be approached for knowing various plans and investing in one that suits you best.

Noamundi has the required facilities for a comfortable stay.

Comments / Discussion Board - About Noamundi